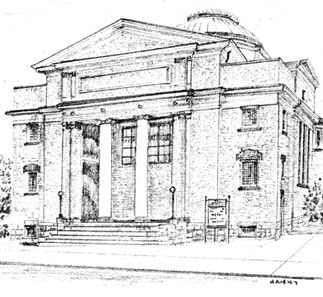 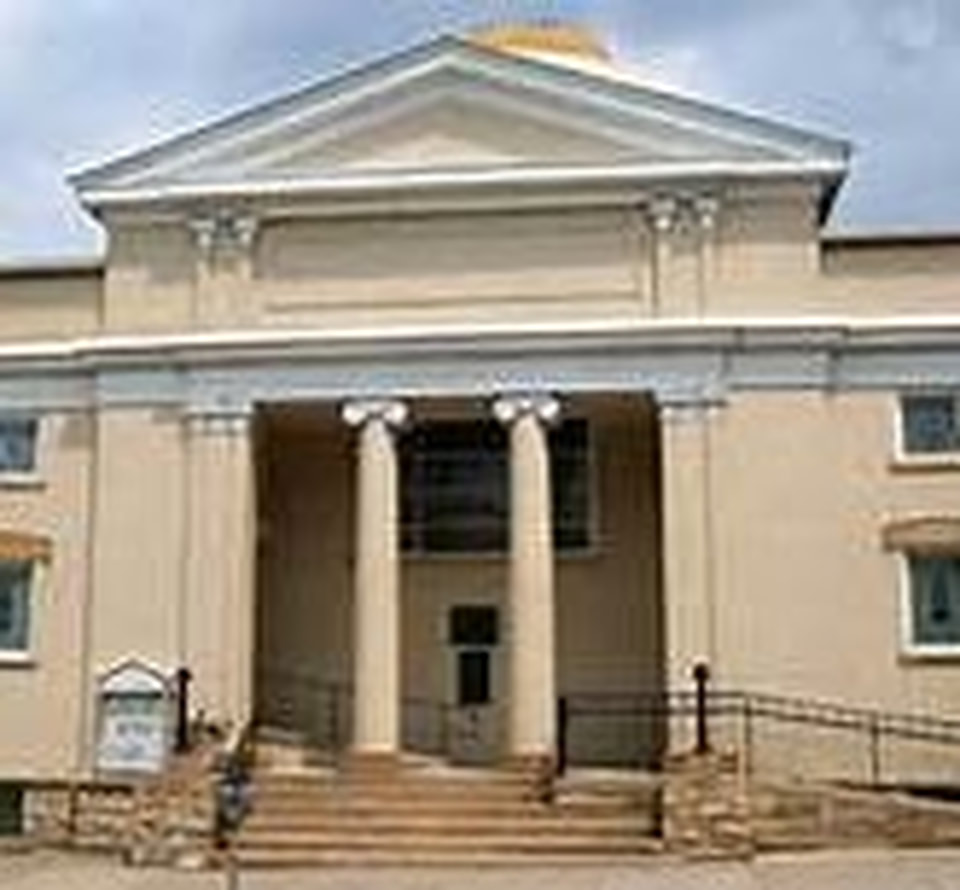 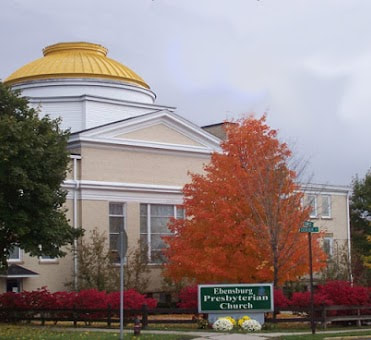 These Presbyterians wished to have a church in which their own language was spoken. On April 7, 1840 what was known as The Presbyterian Congregation of Ebensburg sent a petition to Blairsville Presbytery asking that it be taken under the care of the Presbytery and that it be organized as a church. Mr. Harrison Kinkead was elected to go to Congruity where Presbytery was in session and present this petition and lay before the Presbytery the prospects of the field.
The Presbytery responded by appointing supplies and during the following years church services were held in churches in town and in the court house.
In October 1847 Mr. Andrew McElwain commenced preaching on alternate Sundays between Ebensburg and the Summit. On February 1, 1848 he was ordained as an Evangelist and he remained here until the spring of 1853.

On February 23, 1848 a meeting was held to consider the erection of a house of worship and subscriptions were taken for that purpose. People and churches from other settlements in the Presbytery sent money to help the congregation.

On March 28, 1850 the church was organized as The Presbyterian Church of Ebensburg. The membership consisted of but sixteen persons. The first building was erected by Mr. James Myers at a cost of $1,590.00. It was of brick and was erected on ground fronting the south side of High Street, in the East Ward, later the property of Mr. Harry D. Pryce, now in the 300 block.

The Second Church
The second church building was erected in 1881 and 1882. It was situated on the east side of North Center Street, opposite the County Jail. It was of Gothic design and was built of dark red brick, which fact lent color and effect to its beautiful art glass windows. It was erected at a cost of $5,900.00 and was dedicated February 19, 1882. It served the congregation for thirty-two years.

This church was razed to make way for the third and present church. Final services were held on April 15, 1914 and work in tearing down the building was begun the next day.

The Third Church
The present church building was begun in April 1914. The building committee consisted of F. C. Lloyd, C. H. Barker and J. W. Leech, Esq. Mr. Barker resigned due to ill health and Leo F. McKenrick was appointed in his place.

The firm of Fulton and Butler of Uniontown, Pa. was chosen as architects and the contract for its erection was awarded to John R. Elder, Jr. and Hugh O. Evans, of Ebensburg. The approximate cost of this building, including the pipe organ, was $35,000.00.

On March 5, 1957 Mrs. Hazel Thornton was extended thanks for the sketch which was used for many years on the church bulletin and offering envelopes. In June 1970 she made a sketch of the interior of the church, which was also used on the bulletin.

On January 29, 1961 it was announced that Judge Ivan McKenrick's property, a corner lot adjoining the church, was for sale to the church for $15,000.00. On February 19, 1961 the committee appointed to investigate this property recommended that it be purchased, that the house be torn down and the lot be used as a parking lot for the members of the church.

Manses
The church was without a manse from the time of its origin, in the year 1850, until the year 1872, when the congregation purchased the property occupied (in 1975) by the J. J. Luther family, in the West Ward, facing south on High Street, on the lot adjoining the School Building.
The Congregation held this property until April 1894, when it was sold and another lot purchased March 29, 1894, in Center Ward facing South Center Street. Here a manse was erected during the pastorate of Rev. Edwin M. Bowman who designed it. On May 31, 1945 the Session authorized George W. Griffith, President and Miller J. Lehman, Secretary of the Board of Trustees to execute the sale of this property.

Rev. William J. Brown was born in Pittsburgh, Pa. and lived in Bethel Boro. He is a graduate of Grove City College, Western Theological Seminary, Pittsburgh, and had four years of military service. He was assistant Pastor of Dormont Presbyterian Church before coming to Ebensburg. He was installed here June 25, 1953 and dissolved his relation with this church May 26, 1957 when he became pastor of The Presbyterian Church, Clearfield, Pa. He became Executive Presbyter of Donegal Presbytery.

Rev. H. Kenyon Leishman was a graduate of Maryville College, Tenn., and Princeton Theological Seminary. He served in Dauphin and Barnesboro churches. He was installed in the Ebensburg Presbyterian Church December 1, 1957 and left for Corry, Pa. December 5, 1964.

Rev. Robert J. Roberts is a native of Philadelphia. He is a graduate of Drexel Institute, Gettysburg College and Princeton Theological Seminary. He was pastor at Summit Hill, Pa. before coming to Ebensburg. He was installed here on June 27, 1965 and resigned in June 1969. He became pastor of The Presbyterian Church in Shamokin, Pa.

Rev. Donald Shamble began his ministry in the First United Presbyterian Church on January 17, 1970, having resigned as assistant at Westmont Presbyterian Church Johnstown, Pa. with the approval of Redstone Presbytery. He is a native of Jamestown, N.Y., earned a Bachelor's degree with honors in English in 1952 from Waynesburg College, a Master of Divinity degree in 1955 from Pittsburgh Theological Seminary and a Master of Education degree in 1957 from the University of Pittsburgh. He served from 1955 to 1957, first as Associate Pastor, and then Pastor Director of Redstone Cooperative Parish in the Waynesburg area. From 1958 through 1963 he served on the Administrative Staff of Waynesburg College, previously as Director of Admissions. He came to Johnstown in 1963 as an assistant to the Rev. Dr. Paul Hudson at Westmont. He has been very active in interdenominational and civic affairs in the county. Reverend Shamble retired to Arizona.

The Reverend Owar O. Ojulu was selected to be minister in 2019.